Post-traumatic stress disorder (PTSD) is a condition that develops in some people who have experienced or witnessed a shocking, scary, or dangerous event. The event could be a natural disaster, serious accident, terrorist act, combat, physical or sexual assault, abuse, or the sudden and unexpected death of someone close.

PTSD has been known by many names in the past, such as “shell shock” during World War I and “combat fatigue” in World War II. But clearly, PTSD does not just happen to combat veterans. PTSD can occur in men or women of all ages.

It’s natural to feel afraid during and after a dangerous or shocking situation. Nearly everyone will experience short-term stress symptoms after trauma, but most people recover naturally. However, if you have symptoms that last longer than a month or are severe enough to make work or life difficult, you may have PTSD.

The course of this disorder varies. Most people start having symptoms soon after the traumatic event. However, others may not have any symptoms until weeks or months afterwards. Without treatment, these difficult symptoms can last for years or even a lifetime.

PTSD is often also accompanied by depression, anxiety, or substance abuse. PTSD can interfere with your life and lead to problems in your relationships with friends, family, and coworkers. It can also affect your physical health, raising your risk of heart disease and digestive disorders.

There are four types of PTSD symptoms. If you have PTSD, you will experience all four types – in some form – but they won’t be exactly the same for you as for another person.

Memories of the traumatic experience can come back at any time. You may feel the same fear and horror you did when the incident took place. This can be triggered by your own thoughts, or by seeing, hearing or smelling something that reminds you of the event.

Avoiding situations that remind you of the event

You may change your life to avoid things that remind you of the traumatic event. Avoidance symptoms can include:

Negative changes in beliefs and feelings

These are symptoms that affect the way you feel about yourself and interact with other people and can include:

People who have PTSD may feel stressed or frightened, even when they are not in danger. These symptoms can be constant and interfere with daily life: About one in three people who experience severe trauma develop PTSD. There is no definitive answer to why some people develop PTSD while others don’t. Researchers have found two physical differences, but it’s unclear which comes first — the chicken or the egg. Does PTSD cause changes in the body, or do your physical differences make you more susceptible to PTSD?

One difference is that the hippocampus — a part of the brain — appears to be smaller in people with PTSD. A malfunctioning hippocampus could keep the brain from processing trauma normally, leading to PTSD.

People with PTSD have also been found to have abnormally high levels of stress hormones, which could cause arousal and reactivity symptoms. 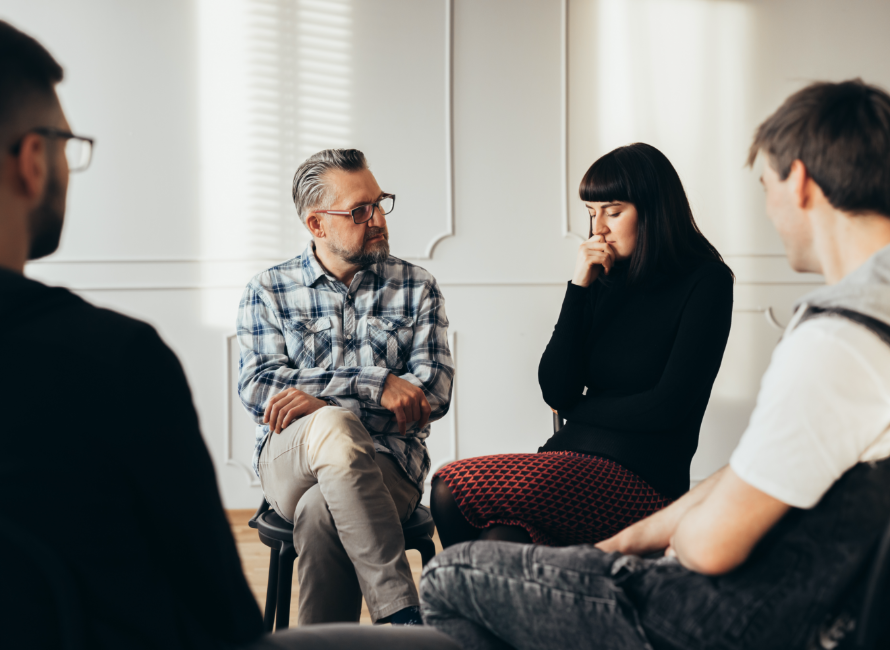 PTSD is diagnosed by its symptoms. There are no physical tests for it. However, when you go to your doctor, you will likely get a physical exam to check for medical issues that could be causing your symptoms. You will also be given a psychological evaluation that will include a discussion of your signs and symptoms and the event(s) that led to them. To be diagnosed with PTSD, you must have symptoms in all four categories for at least a month.

The primary intervention for post-traumatic stress disorder is psychotherapy to help you reverse your negative beliefs and give you stress management skills and support during your recovery. However, adding appropriate medications can further help to improve your symptoms and enable you to feel more in control of your life.

Case studies indicate low dose naltrexone can reduce PTSD symptoms, such as anxiety and depression, anger outbursts, nightmares, sleep problems, and more. Its use seems to enhance patients’ ability to benefit from psychotherapy, improve their perceptions of reality, and make it easier for them to function effectively in their lives.

Belmar compounds medications, including low dose naltrexone, in a variety of dosage forms and strengths. We’re focused on ensuring that your doctor has the best options available to treat your PTSD.

If you have already been diagnosed with PTSD, or you are concerned about any of the symptoms on this page, contact us for more information and start a conversation with your doctor. Together, you can decide if a compounded prescription might be part of the right treatment plan for you.